being feeling wound up over the past few days

had a phone call tonight from someone saying they had a hog in their garden,had been there a while and was curled up in a ball under their hedge,they didn't know whether it was hibernating or dead!! so i adviced them to pick it up and try putting it in a box with a hot water bottle and see what it does,to be told they didn't like handling things that could be dead and would it be okay to just put some leaves over it,so i explained again that it would need help etc as it was only small and if they liked i could come and collect it.to be replied with aload of waffling and excuses about it being dark etc etc.only just managed to get in 'if you need me ..........' before the phone was put down

thats not the only hog story that has made me made this week,whats wrong with people

I have even had it unfortunately. Someone across the road had a Hog in their garden, in daylight, and I was told. So I went to talk to them about it, to try and help, but they did not want to know.
I said ''If a Hedgehog is out in the Day light, then it is sick or injured, and will need help.''
They said ''I am aware of that, little girl. That is why I'm trying to catch it!'' They said this in a tone of voice which said it all.
So I replied ''When did you last see it?''
''I last saw it climbing up the side of the fence'' The fence was made out of chicken wire
''So it's escaped?'' I asked.
''Yes!''
I could not believe that these people had just let it escape. They did not have a clue what they were doing, and I respected that and was patient with them. But then to be spoken to so rudely, that was just horrible. I'm not sure if it was because of my age or something, but there was no need for that!
The Hedgehog was not found. I tried looking for it, tried helping them out, but they just would not have it.
Rude people! 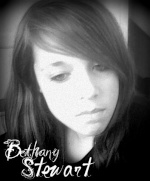 Some people just don't get it do they?

I will help anyone who needs it, I appreciate it when they listen and get so frustrated when they don't.

There is no excuse for rudeness.